How many Watts to cover my audience?

We established in Part 1 that the actual acoustic energy delivered by a speaker driver is based on its efficiency. So it’s fair to say that the amount of power dissipated by that driver tells us little about its actual performance.

There are of course other factors to consider. As alluded to in Part 1, the frequency meant to be produced by a driver and what is actually perceived by an audience will depend on the actual frequency being produced. Generally speaking, lower frequencies have to be produced at a higher level to be perceived by the listener as a loudness equivalent to mid-range frequency. 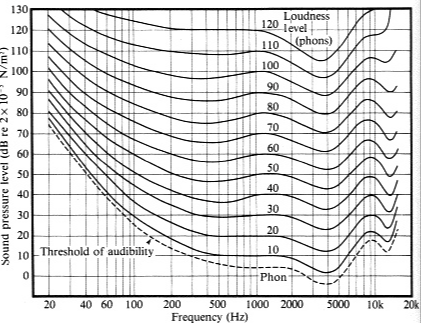 Read More about sound perception in this Article by Mike Ramnarine https://mikeramnarine.com/tag/fletcher-munson/

Also briefly mentioned in Part 1 was the importance of the role of the cabinet in helping the efficiency of delivering acoustic energy to the listener. A driver without a cabinet is very inefficient because any compression created is diminished by the rarefaction created at the rear of the driver. In essence, a driver such as a woofer cancels itself out without the isolation between its front and rear which a cabinet would provide.

These are crucial factors to consider before moving on to the final part of the puzzle. Dispersion, which is where the efforts of the driver and cabinet are concentrated.

How many Watts to cover my audience? – Part 2
Tagged on: Sound Perception    Sound Production