How many Watts to cover my audience?

It’s really hard to communicate what scale and type of sound system is required for a particular application. It’s actually a really complicated issue and, unfortunately the common currency: number of Watts is actually the worst way to describe a sound system’s scale.

In fact, it’s so complicated that I can’t possibly, in the space of a single post conclude this issue.

I’d like to start by talking about what is meant by the kW (kilowatt) rating of a PA system. In reality, this simply means the ‘work done per second’ or power dissipated by the loudspeakers, it says nothing about how much of that power is transformed into useful acoustic energy. All, some or little of it could actually be lost as not very useful heat energy.

Many people will talk of the capabilities of sound systems based on kWs. To put this into context it’s like assessing a vehicle’s ability to get us from A to B purely on fuel consumption without knowing if that vehicle is a Smart Car, van or 40T truck. This issue is further complicated as sound systems are required to reproduce frequencies from 20Hz to 20kHz and audiences will actually (due to a small thing called the equal loudness contour) not be as sensitive to some frequencies compared to others.

So, all in all this is actually much more involved. To give you an idea of why power dissipated at the loudspeaker is such a useless measure of a PA system’s capabilities, let’s assess two loudspeaker drivers (woofers). One is manufactured by a Pro audio company and one is mass-produced by a company designing drivers for budget cabinets. Both may be rated at 300W RMS but will perform very differently. What’s actually going to dictate whether a particular driver efficiently converts electrical energy into acoustic energy is its efficiency. Typically speaking, a loudspeaker driver is more efficient if it has been manufactured to higher tolerances: smaller gap between the voice coil and permanent magnet, lighter diaphragm, tighter winds on the voice coil, stronger magnet and so on and so on. All of this costs money so typically speaking a more expensive driver will be more efficient. 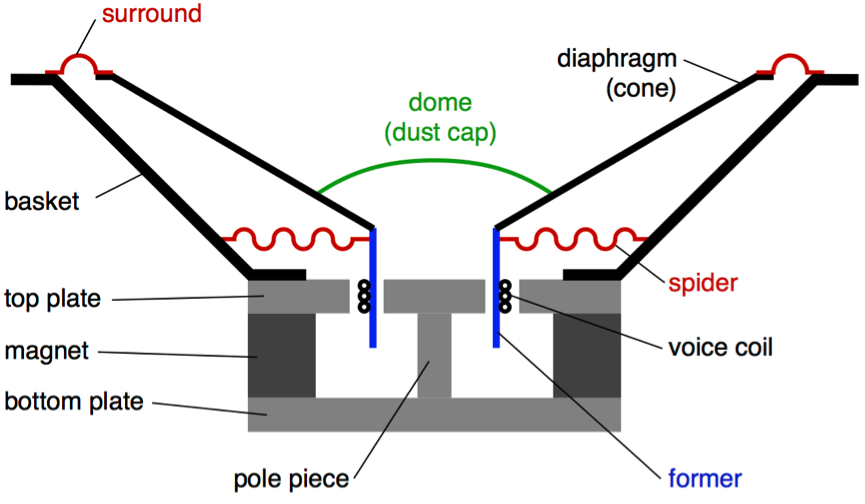 Before I delve any deeper, the basic concept established so far is that more efficient (expensive) drivers will actually produce higher sound pressure levels while dissipating less power. This is all before we consider cabinet design.

How Many Watts to Cover My Audience? – Part 1
Tagged on: Sound Production